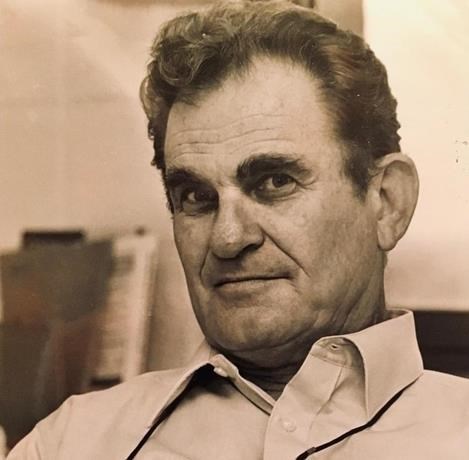 He was an Israeli veteran of the 1948 war for Israel's Independence and a member of the 1952 Israeli Olympic Track and Field team, and a 7-time long jump champion of Israel.

At KU, he was a professor of computer science and symbolic logic for 47 years. In 1984, he was a visiting professor of electrical engineering and computer science at the Polytechnic Institute of New York in Brooklyn, New York. In 1988, Zamir was part of the Faculty of Mathematics and Computer Science at the Weizmann Institute of Science in Rehovot, Israel.

Dr. Bavel was an internationally renowned violinist and composer. He studied composition with Ben Haim, Alexander Boskovich, and Roy Harris. He was a violinist in the Lawrence Symphony, the Lawrence Chamber Players (now the Lawrence Community Orchestra), and the Topeka Symphony where several of his compositions premiered including "Hanukkah Fantasy", "Hanukkah Light", "Lament", and "David and the Ark".

Other compositions of his included: "Israeli Rhapsody" for orchestra, "Erev Bakfar", "Shereleh, Freilach" for klezmer orchestra, "Odyssey", and his final composition, "March of the Paladins". He also composed several popular Israeli folk songs and music, some of which still play on the radio today.

Dr. Bavel was an active member of the Jewish Community Center in Lawrence, KS, where he led and composed music for High Holiday services for many years. Zamir Bavel was preceded in death by his sister, Miriam Novik, and is survived by sons Ari Lloyd Bavel and Gil James Bavel, daughter Elana Bavel Goldberg, and grandchildren Nathan Julian Goldberg and Hannah Estelle Goldberg.

Interment was in a private service in Pioneer Cemetery, Lawrence, KS. The family requests donations in Dr. Bavel's memory to the Topeka SymphonyOrchestra. http://topekasymphony.org/support/
Published by Lawrence Journal-World on Sep. 4, 2021.
To plant trees in memory, please visit the Sympathy Store.
MEMORIAL EVENTS
To offer your sympathy during this difficult time, you can now have memorial trees planted in a National Forest in memory of your loved one.
MAKE A DONATION
MEMORIES & CONDOLENCES
0 Entries
Be the first to post a memory or condolences.