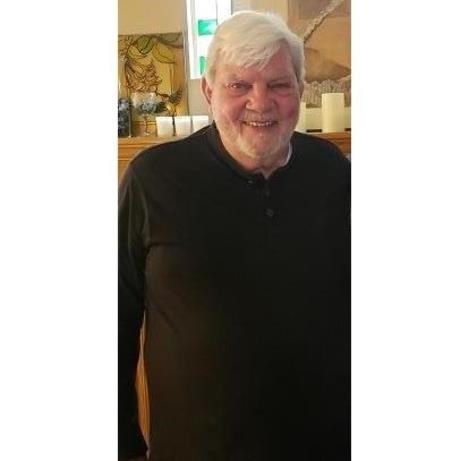 Serving devotedly, Bill spent three years in service with the United States Navy as a hard helmet diver, collecting marble and going on adventures. He was always proud that he was able to serve his country, meet interesting people, and see some of the most beautiful places in the world.

He often spoke of his students, who he teased and taught in equal measure. He loved to tell people of the jokes he'd make to the innocent teenagers that - in turn - adored him. They speak kindly of him to this day.

His two sons - Paul and Mark - remember Bill fondly as a teacher above all else. Whether it was sports, religion, history, or simply living life well, he shaped his sons into men that made him proud of every day of his life. His oratory skills served him well as a pastor, commanding his audience with gentility and expertise, making sermons informative and enjoyable. Bill also used his voice - described as "James Earl Jones-like" - in voice-overs and audio books. The man could truly do it all.

In his later years, Bill enjoyed spending his time on the back patio with his loving wife, Claudia, watching the squirrels attempt to steal from their birdfeeders. They could often be found playing euchre or gardening or taking care of each other as only true partners can.

Bill is preceded in death by his parents, Francis and Clara (Maddy) Woodard. He leaves behind his wife, Claudia; two sons and their partners - Paul and his wife, Katherine, Mark and his fiancee, Laine; stepdaughter, Cynthia Perdun; and five grandchildren and stepchildren - Ethan, Ali, Omar, Alexis, and Aden.

Arrangements can be sent and entrusted to Schaudt's Glenpool Funeral Service. Family and friends may leave kind words of comfort, special memories, and condolences online at www.schaudtfuneralservice.com
Published by Lawrence Journal-World on Jul. 29, 2021.
To plant trees in memory, please visit the Sympathy Store.
MEMORIAL EVENTS
To offer your sympathy during this difficult time, you can now have memorial trees planted in a National Forest in memory of your loved one.
Funeral services provided by:
Schaudt's Glenpool Funeral Service and Cremation Care Centers
MAKE A DONATION
MEMORIES & CONDOLENCES
0 Entries
Be the first to post a memory or condolences.