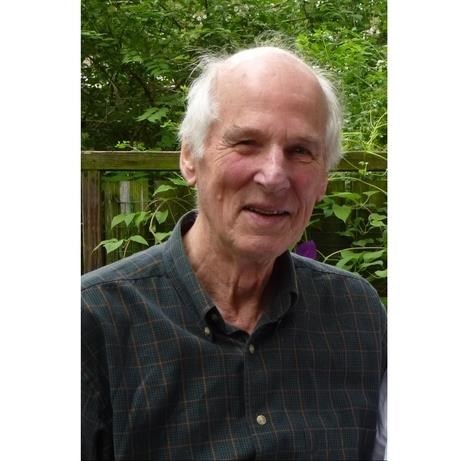 Rolf Borchert, 84, of Lawrence died on November 23, 2017, at Brandon Woods at Alvamar surrounded by his family.

In his 40-year career as a professor of plant physiology, Rolf spent 1962-1968 at the Universidad de los Andes in Bogota, Colombia, and 1968- 2002 in the Biology Division at the University of Kansas (KU), pursuing his interest in plants. His published research interests included tree growth patterns and the flowering periodicity in the dry, tropical forests; he spent extended periods of time conducting field work in Costa Rica. He led KU Study Abroad programs in Bonn, Germany and San Jose, Costa Rica; spent sabbaticals in Harvard Forest, Massachusetts and Darmstadt, Germany; and chaired the Department of Physiology and Cell Biology for three years in the 1980s. After retirement at 69, he continued his research and published as professor emeritus, collaborating with researchers world-wide.

Rolf met Laura in 1959, on the dance floor of a passenger ship bound for Italy from New York. After a two-year multilingual, international courtship, they were married on December 30, 1961 in Pieve di Cadore, Italy. They lived the first 6 years of their marriage in Bogota, Colombia, where their three daughters were born. From 1968 to his death, they lived in Lawrence, Kansas. Rolf and Laura remained happily married for 55 years until his death.

Please leave a condolence at warrenmcelwain.com or sign the guestbook at Obituaries.LJWorld.com.

Memorial contributions may be made in Rolf's name to the University of Kansas Field Station and Ecological Reserves (KU Endowment Association) or Just Food and may be sent in care of the Warren-McElwain Mortuary.

Published by Lawrence Journal-World on Nov. 25, 2017.
To plant trees in memory, please visit the Sympathy Store.
MEMORIAL EVENTS
To offer your sympathy during this difficult time, you can now have memorial trees planted in a National Forest in memory of your loved one.
MAKE A DONATION
MEMORIES & CONDOLENCES
2 Entries
sorry to hear uncle rolf passed away
andrea torok duggan
Family
January 17, 2018
Dr Borchert was an infrequent visitor to our office but always cordial. He and his wife were a joy to watch waltzing at a friend's wedding reception.
Linda Wiley
November 29, 2017
Showing 1 - 2 of 2 results