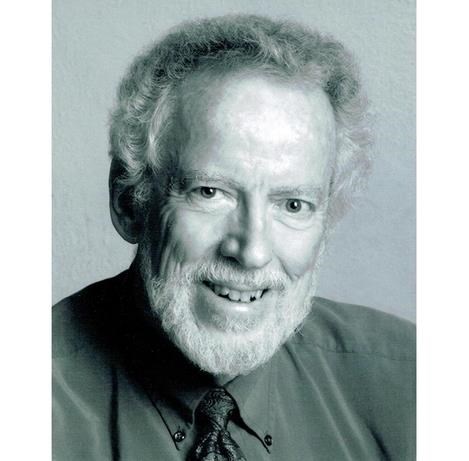 He passed away December 23, 2018 at Lawrence Memorial Hospital.

Bob was born at home July 6, 1934 during the time of the dust bowl in Minneola, KS to Sidney Clarence and Mary Catherine (Tucker) Shelton. His mother always told him, "The dust blew in and when it left, there you were."

Bob attended public schools in Hutchinson, KS graduating from Hutchinson High School in 1952. During high school, he was student body president and excelled at music, drama, and debate where he learned the fine art of seeing at least two sides to everything.

In 1956 Bob graduated with honors from Baker University, Baldwin City, KS. While in college he married Suzanne Ebright. They had two daughters and later divorced. During his last two years at Baker he served as student pastor of two small Methodist churches, beginning his lifelong commitment of service to the church and community.

Bob received his Master of Divinity from Boston University School of Theology in 1959 followed by further study at the Graduate School of Ecumenical Studies in Geneva, Switzerland. He was ordained in The Methodist Church in 1960 and appointed as campus minister at Kansas State University in Manhattan, KS and then at Washburn University in Topeka, KS. He was also State Director of the Kansas Methodist Student Movement where he was involved in civil rights issues.

Bob then returned to Boston to complete his Ph.D. in Social Ethics at Boston University Graduate School. In 1967 he accepted a faculty position in the Kansas School of Religion at the University of Kansas, Lawrence, KS. He was a professor for 48 years at KU, during which time he was Chair of the Religious Studies Department for ten years and was appointed as University Ombudsman for eighteen years. Bob was held in high esteem by students, faculty and staff for his natural ability to listen, empathize and develop solutions that considered the needs of everyone. His peers elected him President of the University and College Ombuds Association in 1993-1994.

A beloved and dedicated professor, Bob developed and taught a popular class, Loving Relationships, as well as courses in his areas of research including medical ethics, human conflict and peace, social justice and civil rights. He was instrumental in developing the KU Peace Studies Program and Undergraduate Minor. Bob was the recipient of numerous awards including the Wally and Marie Steeples Faculty Award for Outstanding Service to the People of Kansas and the W.T. Kemper Fellowship for Teaching Excellence. He retired from KU in May, 2015.

Bob served the Lawrence community in many ways, most recently as a member of the Lawrence Memorial Hospital Ethics Committee for twenty years. He was active in First United Methodist Church in various capacities, including justice ministries. Bob's interest in piano, singing and drama continued throughout his life, and he was especially pleased to perform in quartets and with the Motet Singers in Lawrence.

Bob and Mary Carolyn Voss were married in 1974 and they raised their two sons in Lawrence. Over the years they enjoyed traveling to Europe with Bob's daughters, KU basketball games with their sons, and later in life, spending time with grandchildren. They continued traveling, attending concerts and theatre, and actively participating in First United Methodist Church until Bob's health began to decline in late 2015.

In lieu of flowers, memorial contributions may be made to First United Methodist Church, 946 Vermont St., Lawrence, KS 66044 or The Carter Center, Attn. Office of Development, One Copenhill, 453 Freedom Parkway NE, Atlanta, GA 30307 or may be sent in care of Warren-McElwain Mortuary, 120 W. 13th St., Lawrence, KS 66044.

Published by Lawrence Journal-World from Dec. 27 to Dec. 31, 2018.
To plant trees in memory, please visit the Sympathy Store.
MEMORIAL EVENTS
To offer your sympathy during this difficult time, you can now have memorial trees planted in a National Forest in memory of your loved one.
Funeral services provided by:
Warren-McElwain Mortuary Lawrence Chapel
MAKE A DONATION
MEMORIES & CONDOLENCES
9 Entries 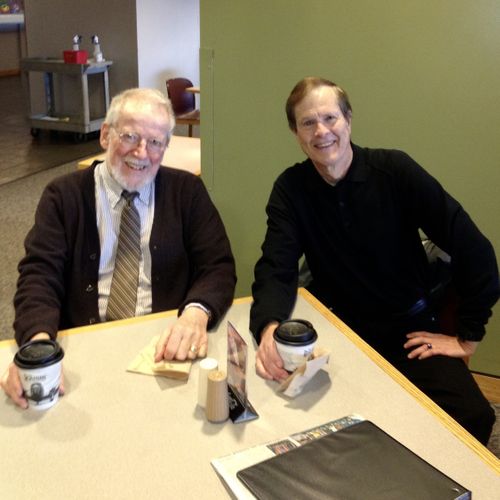 Bob was the most influential and treasured professor during my six years at KU. I took several courses from him, and he was one of three faculty advisors on my degree committee. I remember one incident that has been lost in history but remains vivid in my memory. In 1968, a large crowd of protesting, angry students and outsiders surrounded the Kansas Union, and their destructive takeover of the building seemed eminent. Bob crossed the street from the Kansas School of Religion and stepped on a planter to address the crowd. With calm eloquence and emotional clarity, he calmed the crowd down and gave individuals hope when there was little to be found during the Vietnam War era on campus. The crowd listened to him, became captivated by him, and then disbanded quietly, without lawlessness. At that moment, I understood everything I needed to know about the character and courage of this man, teacher, and friend. I loved Bob and will always miss him.
Brent Green
August 31, 2020
What sadness to hear of the passing of such a cherished colleague. Bob gave his life to KU in so many ways. And he touched so many around him including me. My sincere condolences. In many ways his loss leaves me without adequate words.
Bob Minor
January 25, 2019
My deepest condolences to his family.

Having taken many of his classes on ethics and served as a Facilitator in his class Loving Relationships, I believe that his impact far outweighs what his calm quiet teaching style might imply to a random stranger passing in the halls. His ways of thinking about how people relate to each other, as well as personal beliefs in social justice and peace, always made a great impact. The hundreds of former students out there, their heads still full of his ideas, gives me hope when I look at our world and see how much it needs more people like him.

From a personal perspective, his guidance, advice, instruction, and other academic opportunities he offered were formative to my undergraduate and graduate education, as well to me as a person. The endless hours spent in calm but illuminating discussions in his office were a cornerstone of my graduate years. His patience and simple kindness were invaluable to me when, more than once, disruptive forces in my life impacted and suspended my academic studies. When I tried to skip the graduation ceremony for my MA, he convinced me to go so that he could hood me. While this may have been simply so he would have proof I was finally gone, it meant a great deal to me.

I am so very sorry for your loss.
Galen Turner
January 6, 2019
I took classes from Bob Shelton at KU in the early 70s. He inspired and challenged us to think critically about the world's religions. He was an outstanding teacher and special person. I appreciated him. May he rest in peace.
Jan Perkins
January 1, 2019
Bob's wisdom will be missed by all at KU.
Paul Mirecki
December 29, 2018
Bob, wisely and carefully, taught us guiding values: love, justice, community, equality, and the dignity of each person. These gifts changed lives.
Larry Fry
December 28, 2018
Elaine and I send our love and prayers. Virgil Brady
December 28, 2018
You will be missed so much. Rest in peace, my friend.
Phyllis Stadley
December 28, 2018
Dear Carolyn, Michael, and David,
We were saddened to read of Bob's passing.
He was a good listener, thoughtful person, and a wonderful colleague to have.
We wish you the comfort of remembering his life.
Best wishes,