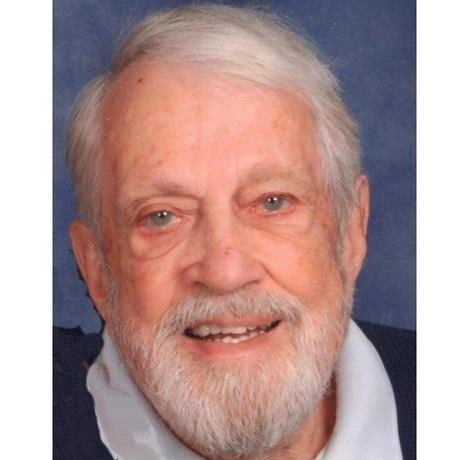 Bob grew up in Lawrence. He graduated from Liberty Memorial High School, class of 1942. Bob started classes at University of Kansas and then was drafted into the Navy during WWII. After his service to our country, he re-enrolled to the University of Kansas earning two bachelor degrees, Arts & Sciences, class of 1951 and Science in Pharmacy, class of 1954. Bob was always proud of his Lawrence roots, from being a KU grad, knowing Phog Allen, the history of KU and the city of Lawrence, Kansas. He was especially proud of Learned Engineering Hall named after his Uncle Stanley Learned.

Bob was a licensed pharmacist for 61 years. He owned and operated Learned's Prescription Shop in Manhattan on 4th Street for 25 years. After he closed his pharmacy, he was employed by Dillon's and then later worked part time for Walmart. At the age of 90, he took his Pharmacy plaque down. He always said "I'd rather use my brain than my brawn".

January 30, 1953 in Basehor, KS, he was united in marriage to Iona Drake, the love of his life. She survives at their home in Manhattan, KS. Bob and Iona, raised their 4 children in Manhattan. He was a devoted husband, father, grandfather and great grandfather. His family always came first. His heart had no limits.

He was a member of the Isis Shriners and a mason of the Lafayette Lodge #16 of Manhattan. Bob and Iona were faithful members of the St. Paul's Episcopal Church in Manhattan. He was a dedicated servant to the Lord.

In addition to his wife Iona, he is also survived by his children: Rebecca A. Cowley, Melinda J. Milligan, Robert E. Learned III, and Joan E. Hoover; also, his nine grandchildren and six great-grandchildren, soon to be seven.

A private service will be held at St. Paul's Episcopal Church with an interment at the Oak Hill Cemetery in Lawrence, KS.

The family suggests memorial contributions in memory of Robert E. Learned Jr. to the St. Paul's Episcopal Church or the Good Shepherd Homecare and Hospice. Contributions may be left in care of the Yorgensen-Meloan-Londeen Funeral Home, 1616 Poyntz Avenue, Manhattan, Kansas 66502.

Online condolences may be left through the funeral home website at www.ymlfuneralhome.com
Published by Lawrence Journal-World on Apr. 2, 2021.
To plant trees in memory, please visit the Sympathy Store.
MEMORIAL EVENTS
To offer your sympathy during this difficult time, you can now have memorial trees planted in a National Forest in memory of your loved one.
Funeral services provided by:
Yorgensen-Meloan-Londeen
MAKE A DONATION
MEMORIES & CONDOLENCES
0 Entries
Be the first to post a memory or condolences.