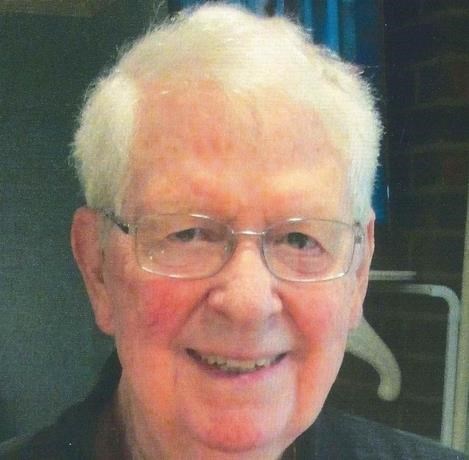 He was born October 3, 1935, in Lawrence, Kansas, the son of Howard Hillis and Mildred Bernice (Beach) Laing. He was a 1954 graduate of Lawrence High School and received a Bachelor's Degree in Fine Arts from the University of Kansas in 1960. He entered the U. S. Air Force in 1960 where he achieved the rank of Lieutenant Colonel, retiring in 1987.

He was preceded in death by his parents; and his brother, Don Laing and a step-grandson, Ryan Rowe.

Honoring Dick's request, cremation is planned. A memorial ceremony will be held at 2 p.m., Wednesday, December 19, 2018 at the Dove Cremations and Funerals, Southwest Chapel, 3700 SW Wanamaker Rd, Topeka. Military honors will be conducted by the U.S. Air Force. Memorial contributions may be made to Midland Care, 200 SW Frazier Circle, Topeka, KS 66606. To leave a special message for the family online, visit www.DoveTopeka.com.
Published by Lawrence Journal-World on Dec. 16, 2018.
To plant trees in memory, please visit the Sympathy Store.
MEMORIAL EVENTS
Dec
19
Memorial service
2:00p.m.
Dove Cremations & Funerals - Southwest Chapel
3700 SW Wanamaker Rd., Topeka, KS
Funeral services provided by:
Dove Cremations & Funerals - Southwest Chapel
MAKE A DONATION
MEMORIES & CONDOLENCES
5 Entries
We are very sorry to hear of the passing of Richard. He was a very kind man and always had a smile on his face and a great story to tell anytime we stopped by. You will be in our thoughts and prayers in the coming days.
Josh and Jim Montgomery
December 29, 2018
To you the family, I am sorry to hear the news about your loss. May the God who "binds up the brokenhearted" and "comforts all who mourn" sustain your family during this challenging time. Isaiah 61:1,2
John
December 23, 2018
Blossom: So sorry to learn of your loss. Martin Owens
Martin Owens
December 18, 2018
So sorry to read of Dick Passing. Bob died in Dec of 1017 and I still miss him so very much. He was my reason for living. We had such good times as I'm sure you and Dick did also. They were such good friends in LHS. Take care and remember him and all the memories you have of him, sometimes that helps.
Mary Rogers
December 18, 2018
God speed Dick.
George D. Smith
December 17, 2018
Showing 1 - 5 of 5 results