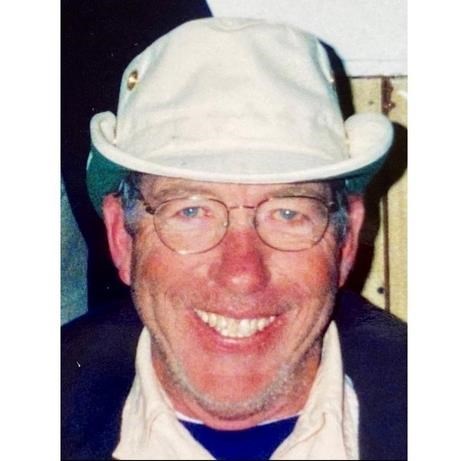 Newt was born March 10, 1940, in Los Angles, California, to Margaret Lo Ree Loomis King and Ivan L. King when Ivan was stationed there while in the service. When he was seven, he moved with his parents and sister, Kay, to the Joseph H. King homestead in the Amherst community in Russell County, Kansas. The family homestead, established in 1878, became home throughout the years for three generations of Kings.

He graduated from Luray High School in 1958 and was awarded a football scholarship to attend the University of Kansas where he was a member of the Blue Bonnet Bowl football team. He also was a member of Delta Tau Delta fraternity. He graduated in 1963 with a Bachelor of Science degree in Pharmacy.

After graduation, he married his college sweetheart, Mary Ann Howard, and they moved to Beloit, Kansas, where he worked for Bunch Drugs. In 1965, he and Mary Ann moved to Lawrence when he was offered a job with the Medical Arts Pharmacy. In 1976, he bought his first pharmacy at 944 Kentucky Street in Lawrence and moved King Pharmacy to the Lawrence Medical Building in 1980. He received the Small Businessperson of the Month award from the Lawrence Chamber of Commerce in September 2001 and maintained King Pharmacy until he retired in 2007.

While he spent much of his life in Lawrence, he never lost his love for Russell County. His favorite book was Prairy Erth, and he gained an appreciation and renewed interest in native plants and their medicinal uses having studied them in pharmacy school. During his years of practice, he formulated several preparations using Echinacea, and opened the first compounding-only pharmacy in Topeka in 1987 with colleague Jim Schwartz. This brought to the community of pharmacy the ability to compound time-release medication, something that had not been done by a pharmacist, and for which Newt was honored as the Compounding Pharmacist of the Year by the Professional Compounding Center in 1988.

Post-retirement, Newt remained active in causes honoring the Kansas prairie. He re-enacted The Last Cattle Drive by author Robert Day in Russell County in 2007. In 2015, he received the Wildlife Habitat Conservation Award from the Kansas Bankers Association and Kansas Department of Wildlife and Parks.

He was preceded in death by his wife, Mary Ann King, in 2010. He is survived by his sister, Kay King Dette and her husband, Bernard; his daughter Kim King and her sons, Grant and Brenner Gollier; his son, Chris King and his wife, Megan Campbell King, and their sons Harrison, Ben and Josh King.

A born storyteller, Newt could often be found over the years surrounded by family and friends at his cabin at Lone Star Lake, fishing and telling stories over his homemade, hand-churned vanilla ice cream.

A celebration of life is scheduled from 1 – 4 p.m. on July 25 at Arterra Event Gallery in Lawrence. Donations in Newt's honor can be made through Rumsey-Yost to the Kansas chapter of the Sierra Club or the Nature Conservancy. His family wishes to thank the KU Medical Center vascular surgery team, LMH Health, Dr. Stephen Myrick, Dr. Scott Solcher, Ben Sanders and the Davita Care Center and the Visiting Nurses Association hospice for their kind care of Newt in his final days.