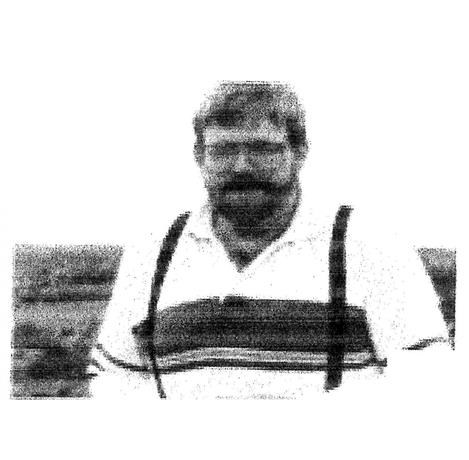 Mike was a ham radio operator who loved talking to his many friends around the globe. He had a radio show and did commercial voice overs for merchants in Southeast, KS. When not enjoying combat sports, he could be found pulling pranks on and sharing stories with family and friends near and far.

Mike is survived by his siblings: Judy (Klaus) Zegke, Washington State; John (Peggy) Cobb, Kansas City, MO; Connie (Bill) Patterson, Lawrence, Kansas; and Alan (Nina) Cobb, Lawrence, Kansas. He also leaves behind many nieces and nephews, who he adored. His big heart and contagious laughter will be dearly missed. A private service will be held at a later date.

"Every Rose Has Its Thorns"
Published by Lawrence Journal-World on Sep. 29, 2021.
To plant trees in memory, please visit the Sympathy Store.
MEMORIAL EVENTS
To offer your sympathy during this difficult time, you can now have memorial trees planted in a National Forest in memory of your loved one.
MAKE A DONATION
MEMORIES & CONDOLENCES
6 Entries
A gentle man. Always willing to smile and give a hand of help. I had not seen him for several years... my loss. I knew Mike's spiritual views well. He gave his life into the hands of Jesus many years ago. That is where he is right now. A good choice!
Dave Cook
Friend
October 2, 2021
Alan, Nina and the rest of Mike's family, I am so deeply sorry to see this, losing a sibling, is losing our "partner in kid crime" (the "don't tell mom on me type of kid crime" and it's a precious part of our memories.. May those wonderful memories and the caring of friends, help you through this time of sorrow. Many people care, the trouble is, we just do not say so very often. I have lost 2 younger siblings, and miss them so terribly. Of course we never forget them, but we learn to "live around that loss" and move forward, as they would have wanted us to. Prayers for your brother, and many many prayers for his survivors..
Julia Ingrassia
Friend
September 30, 2021
Mike was a good friend. He was always willing to lend a hand or just listen. He called me earlier in the Month to say Goodbye. I'm going to miss him dearly. God Bless your Family.
Bob Wintle
Friend
September 29, 2021
Keith Jr and I are sorry for your loss. Please know that we are thinking of you and your family.
Peggy Cobb
September 29, 2021
Mike and I became good friends on the radio at KINZ in Chanute. He and Tony Encanarcion hosted a show on my station called Sunday Go To Meeting. I would show up occasionally and he seemed to bring several people closer to God by his gentle words and compassion. The two clicked and they reached a audience through their love for the Lord and their humor. I will miss the Gentle Giant. Watch over me big guy until we meet again
Mike Sutcliffe
September 29, 2021
Mike was a blessing during the time we worked together in radio. We had an "on air" morning show together where we just "clicked". It was an awesome show and an awesome time. I have nothing but great memories and I laugh when I think of us busting up laughing uncontrollably. I look forward to seeing him in heaven. "Fly to Jesus my friend"
Anthony H Encarnacion
Friend
September 29, 2021
Showing 1 - 6 of 6 results