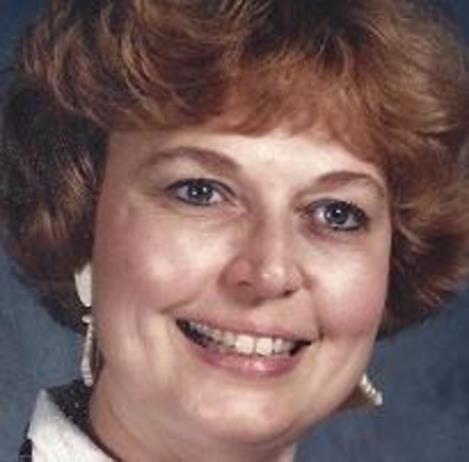 Marjorie Anne was the daughter of Frances E. and Frank Jackson "Jack" Fischer. She grew up in Lawrence, KS, graduated from KU in 1965, was a member of Gamma Phi Beta, and later earned a master's degree. Marjorie Anne was a kindergarten teacher for 32 years.

In lieu of flowers, please make any donation to Missouri German Shepherd Rescue (MOGS).
Published by Lawrence Journal-World on Oct. 3, 2021.
To plant trees in memory, please visit the Sympathy Store.
MEMORIAL EVENTS
Oct
27
Memorial service
5:00p.m.
O'Neill's Restaurant
9412 Mission Road, Leawood, MO
Funeral services provided by:
Signature Funerals
MAKE A DONATION
MEMORIES & CONDOLENCES
5 Entries
Marjorie Anne and I have been friends since she came to Lawrence with her Mother and grandparents. We played together at the Eldridge Hotel waiting until our parents would take us home after dinner in the coffee shop. My grandparents owned the hotel and my Father managed it as well as coached the football team at KU. We really have been lifelong friends, even though I lived in CA and now AZ we kept in touch. She was a very dear, special friend, I will miss her phone calls. God Bless a very special friend.
Pat Getto Plumlee
Friend
October 8, 2021
I am so sorry we will be unable to attend the gathering in Marjorie's memory. I have surgery scheduled for that Friday and must be isolated a few days prior due to hospital COVID protocols. Marjorie is missed. She and I often prayed for each other's concerns and trusted the Lord to do good in the lives of others we knew and cared about. She was a bright spot in our lives, cheerful, friendly, and caring. That is the kind of legacy that matters--how we treat one another.
Doug and Glenda Robinson
Friend
October 7, 2021
This is such sad news. I lived next door to Marjorie Anne on Barker Street. She moved in when I was five and she was four. She was my first best friend. We played dolls and dress up, parading up and down the street. Like Joyce I remember the special treat of going to the pharmacy and soda fountain owned by her grandparents. For many years now we have lived far away, but we always stayed in touch. She taught me how precious a friend can be. I'll miss her.
Penny Sommerville Schoerner
Friend
October 5, 2021
I am so sorry to learn of Marjorie Anne's passing. She was my best friend through our childhood on Barker Ave. We sang the "Hit Parade" songs together while she played the piano. We had "picnic lunches" under the neighbors bushes. We played "tackle the man with the shoe" with the Johannsen's and the Warner's, and took Speckles (her dog) to the Dairy Queen for an ice cream cone. We spent time at the Eldridge Hotel soda fountain that her Grandmother ran. Although we didn't see each other often, we kept in touch. This was the first year that I neglected to send her a card on May 12th. Good bye old friend. I will miss you. Joyce
Joyce (Zillner) Halderman
Friend
October 3, 2021
Marjorie grew up next door to my Dad and knew my parents before I was born. Neighbor to my Grandmother for 20 years, and my aunt. Back when long term neighbors were more like family. I've known her my entire life. She was always kind and thoughtful to us, to my grandparents, my parents, to my wife and I and our adult children. She is missed. We own the old family home where my parents lived when I was born 65 years ago--next to the Lincoln/Fisher home in Lawrence where Marjorie cared for her mom into her late 90's just as her mom had cared for her own parents in the same home as they aged in place. There was a strong and responsible line of people looking out for their elders in her family. Marjorie was very kind to her mother and took very good care of her.
Doug and Glenda Robinson
October 2, 2021
Showing 1 - 5 of 5 results