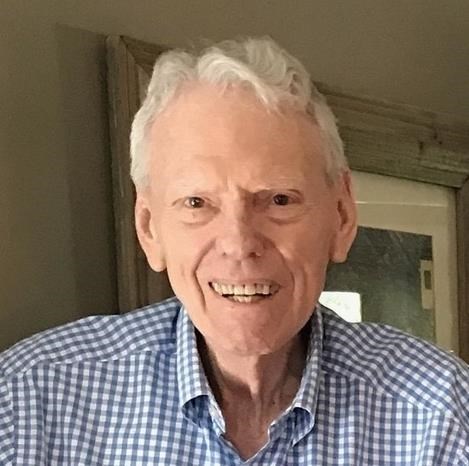 Leonard was born on November 22, 1927 to August William and Anna Elizabeth (Knoche) Fleske in Larned, Kansas. August was a first-generation German immigrant farmer and Anna was a schoolteacher. They had four sons, Edward, Walter, Elmer and Leonard who was the youngest. His brothers and their spouses preceded him in death. The four boys (many of their 14 children and a few of their grandchildren) followed August into farming and continue farming operations in Pawnee County and Barton County, KS.

After graduating from Larned High School, Leonard and a fellow classmate decided to travel to California, with the intent to play semi-pro basketball. They stopped over in Phoenix and took jobs where Leonard met Mary Ann Boyd of De Pere, WI. Mary was a loving and supportive helpmate with farming and family life. They were married in Wisconsin on February 17, 1949. They raised their family in Larned, Kansas where Leonard operated a farming and cattle operation for almost 40 years before retiring to Lawrence in 1992. Mary preceded Leonard in death just before their 70th wedding anniversary.

Leonard and Mary were devout Christians and active in Grace Lutheran Church of Larned during their many years of living in the area. They loved traveling and spent their winter months in Sun City, Arizona. During retirement in Lawrence, he and Mary enjoyed playing bridge with family and friends and participating in their grandchildren's lives, including attending sporting, musical and acting activities. Leonard also supported Redeemer Lutheran Church and appreciated the ministering of Pastor Bob Leiste.

All three of their children graduated from Kansas University. Daughter Elizabeth Cantrell, preceded Leonard in death and they are survived by her daughter Lindsey Cantrell of Charlotte, NC. Other survivors are: Dr. L.T. (Sheila) Fleske of Great Bend, KS and their children Wendy (Keith) Hansen and sons, Erik and Dane of Atlanta, GA, Carey (Jennifer) Fleske and children Lyndie and Samuel of Kansas City, MO, Linda Fleske (Randall) Swain of Lawrence, KS and their sons Jameson (Mimi) Swain and daughter Gabrielle of Los Angeles, CA and Christopher (fianceé Jessica Nielson) Swain of Claremont, CA. He is also survived by several nieces and nephews and their families.

Leonard is a Germanic name composed of the elements Leo 'lion' + hard 'hardy', 'brave', 'strong'. Leonard G. Fleske lived up to his name. He was known for his meticulous record keeping on rainfall, soil preparation and planting. He did everything with precision, was courageous and had no-self-doubt--traits that he passed on to his children. Leonard was a good dinner partner and a favorite of many during his retirement at Pioneer Ridge Independent Living. We are grateful to the many friends he made there who joined him for meals and to the staff who took special care of him. We want to thank LaVonda and Lauri with Caregivers Kansas and Rachel Hegemann for their daily help, which enabled him to enjoy independent living. Leonard lived his entire life in a highly dignified manner and maintained his stoic dignity to the end--never complaining about any physical challenges life dealt him in his later years--but was always chipper and positive, while frequently expressing his gratitude and love for those who cared for him.

Published by Lawrence Journal-World on Aug. 1, 2021.
To plant trees in memory, please visit the Sympathy Store.
MEMORIAL EVENTS
To offer your sympathy during this difficult time, you can now have memorial trees planted in a National Forest in memory of your loved one.
Funeral services provided by:
Rumsey-Yost Funeral Home & Crematory
MAKE A DONATION
MEMORIES & CONDOLENCES
0 Entries
Be the first to post a memory or condolences.