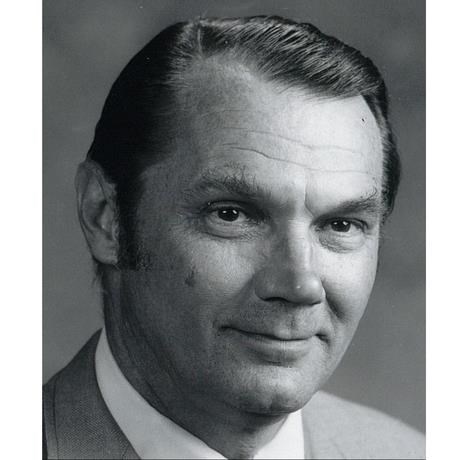 Lee was born in Syracuse, NY, to Lee Franklin Young and Helen Marie Young, on November 3, 1925. After graduating from Nottingham High School in Syracuse, Lee enlisted in the U.S. Navy and served as a sonar technician on a destroyer escort in WWII. He received a Purple Heart for injuries sustained in a kamikaze attack during the Battle of Okinawa.

After the war, Lee attended Syracuse University on the GI Bill. He received a BA in American Studies in 1950. While working on the school yearbook he met the love of his life, Shirley Ann Evans. They married in Shirley's hometown of Ho-Ho-Kus, NJ, on June 30, 1950. The young couple lived in and loved New York City, but relocated to Kansas City, MO, when Lee accepted a job in advertising. Within a couple of years, Lee took a job in magazine production and moved his growing family to Lake of the Forest, Edwardsville, Kansas, where he said he spent his happiest years.

Lee and his family made Lawrence their home when he was hired as an instructor to teach journalism in the advertising sequence at KU in 1964. Following a longtime dream, he completed a Master's in Journalism at the university in 1967. He became an assistant professor in 1968, an associate professor in 1970, and a full professor in 1975. In addition to teaching advertising, Lee developed a sequence in magazine journalism, and at various times taught in the news-editorial and radio-television areas. His administrative responsibilities included: Director of the Midwest Journalism Camp, Chairman of the University Daily Kansan Board, and Director of the William Allen White Foundation. During his tenure at KU, Lee received the 1967 Hillteacher award, the 1969 H.Bernard Fink award for excellence in teaching, and the Mortar Board teaching award. He was seven times a finalist for the senior class' H.O.P.E. teaching award, and the first holder of the William Allen White Distinguished Teacher Professorship in 1985. Lee twice served as acting Dean of the Journalism School, 1969-70 and 1985-86. In 1985, he was named as Distinguished Teaching Professor of Journalism.

He was a member of St. Martin in the Fields Episcopal Church in Edwardsville, KS, where he served as a senior warden and a lay reader. He joined the Trinity Episcopal church in Lawrence, and later became active in the First Presbyterian Church. Following his retirement he enjoyed volunteering at church, the Lawrence Community Theater, and with Audio-Reader. He loved to play golf, watch the Royals and rarely missed a KU basketball game.

The family wishes to extend its deep gratitude to the staff at Neuvant House, who provided Lee with a loving home for the last three years of his life. Additionally, the support and services provided by the staff at Heartland Hospice made it possible for Lee to remain in the home he loved during the final weeks of his life.

The family is honoring Lee's wish to have his body donated to the Department of Anatomy, University of Kansas Medical Center.

"Peace I leave with you; my peace I give you. I do not give to you as the world gives. Do not let your hearts be troubled and do not be afraid." John 14:27

Published by Lawrence Journal-World on Sep. 3, 2018.
To plant trees in memory, please visit the Sympathy Store.
MEMORIAL EVENTS
To offer your sympathy during this difficult time, you can now have memorial trees planted in a National Forest in memory of your loved one.
Funeral services provided by:
Rumsey-Yost Funeral Home & Crematory
MAKE A DONATION
MEMORIES & CONDOLENCES
9 Entries
I was fortunate to be one of Lee's graduate students at KU. He was a great teacher, mentor, and friend. I turned to him for advice many times and his wisdom always carried me through. Those of us who knew you will always miss you, Lee.
Andrea Warren, Prairie Village, KS
September 20, 2018
My sincere condolences to Lee's family and dear friends. He was a good soul and will be missed by all who cherished him. I was an older graduate student in mid-1980s in journalism, working a full-time job and squeezing in two classes a semester. I only had Lee as instructor for one class, but he stands out in my memory for the way he made me feel, as Angela Maya, would say. I was struggling with something at the time (I can't recall what) and Lee calmly said something about he was sure I could do whatever it was that was presenting a challenge and allowed me more time to work on whatever it was. I felt he respected that years of experience I had as a journalist before entering the master's program and recognized that my struggle was not incompetence. Whatever he recognized, it was an immense help to me at the time and I have always remembered his kindness and genial nature. I remember him as someone who enjoyed a good laugh (and my memory is he laughed often) and enjoyed people -- and seemed to especially enjoy seeing students succeed. -- Mary Jane Dunlap, Lawrence
September 8, 2018
To Whom It May Concern:
I am sorry to learn of Professor Young's death. I was a student at the KU-J/School between 1968-72. My educational sequence was on KUOK-AM and KANU-FM. He served as the interim dean during this period.
It was a difficult time for everyone because of the issues on campus surrounding the Vietnam War.
Dean Young always appeared to be calm in the eye of the storm at the School.
Many thanks for your dedication and leadership.
Joe H. Vaughan
September 7, 2018
I am the Lee Young Professor of Journalism at the University of Kansas. I never had the privilege of working with Prof. Young, but I have heard many stories from my KU colleagues. They speak of him as a dedicated teacher and mentor to students and as someone who was kind and respectful of his colleagues. I am truly sorry for your loss, and I hope that you will be comforted by knowing that he was a positive influence in the lives of many, many individuals. His legacy is one of service to others. Please accept my sincere condolences. I am honored to have this professorship, and I hope I can continue his good work.
Barbara Barnett
September 5, 2018
Professor Young remained a gracious gentleman to the end. In more than two years of weekly visits, I never once heard him complain. He always expressed how appreciative he was of Neuvant House, the people there, the good food, and thanks for getting the Sunday NY Times each week. He was an excellent role model on aging with grace.
Bonnie Dunham
September 5, 2018
I arrived at KU in 1966, coming from Junior College, to pursue a degree in Journalism. After a year, I became disenchanted with my direction and decided to try something completely new that several people were touting....computers. The first semester there, I was doing so poorly that I dropped out of school. That summer I got married. My older brother told me he knew two things that I did better than anyone he knew...play poker and write. So I went to then Dean Young (he'll forever be Dean Young to me) and begged him to let me back into journalism school. You've never seen so much hemming and hawing, eye rolls, questions about my seriousness and if I'd learned my lesson. Finally, after every ounce of sweat I had had been expelled, he relented (something he told me later was never a question) and I could return, but had to check in with him or a young Dana Liebengood on a regular basis to "make sure my head was still in the right orbit." I graduated, worked several journalism jobs, joined BCBSKS and ended my career there as a corporate officer and VP of Communications and Public Relations. That girl I married and I just celebrated our 49th anniversary. She knows we owe all we have to an interim dean that kept his eye and his heart open for me. Thanks Dean. Graham Bailey
September 3, 2018
So sorry for your tremendous loss. Lee was one of my beloved professors when I was working on my masters degree and I thoroughly enjoyed his sense of humor. He made the intense work I did on my magazine courses a most memorable experience back in the early '80s!
Nancy Hawkins
September 3, 2018
Much love and gratitude for his being and his family being in my life. Margie Cook Strainer
Margie Strainer
September 3, 2018
I am very sorry for your loss, Your family is in my prayers.
Mary Davidson
September 3, 2018
Showing 1 - 9 of 9 results