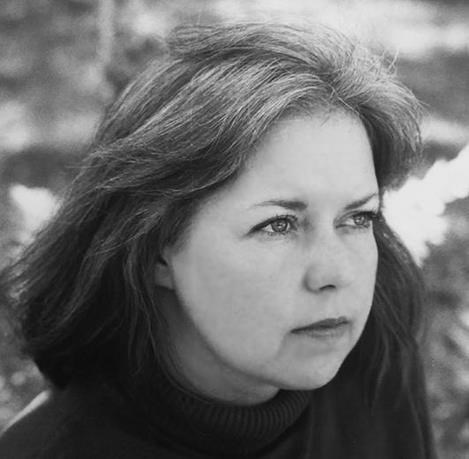 Lee was born November 5, 1946, in Tampa, Florida to Joe and Doris, Chapman. As her father was in the Air Force, the family lived in various places when she was young. Her favorite memories were of the years in the mid-1950s when they resided in the small town of Woburn Sands, in England. In adulthood, she lived at various times in the San Francisco Bay area, Salina, Tucson, Staten Island, and Lawrence.

After graduating from Salina High School, she studied drawing, painting, and printmaking at Oakland City College, then the San Francisco Art Institute in California, as well as the University of Kansas in Lawrence.

In 1969, Lee married Kenneth Irving in Lawrence, and four years later their daughter Jessica was born. From 1974 to 2003 (and despite separation in 1996 and then divorce in 1999) Lee and Kenneth both worked in various capacities for the national newsstand publication American Astrology, first in Tucson, and then in New York City.

Lee's work as an artist was often interwoven with her work as an editor and publisher. She created many original drawings as covers for books of poetry. Her work is in several private collections across the U.S. In 2008 she was a recipient of the Phoenix Award from the Lawrence Cultural Arts Commission for her work as an artist, editor, and publisher and her place as a linchpin of the local cultural community.

After an absence of over 20 years, Lee moved back to Lawrence, KS in 1996. Lawrence had always felt the most like "home" of all the places she had lived. Her home became a cultural salon of sorts, with regular gatherings that drew friends and literary luminaries alike.

Lee is survived by her daughter, Jessica, son-in-law William, grandsons Krishna and Max, brother, Michael Chapman, and sister-in-law, Mary. She is predeceased by her parents, Joe and Doris Chapman, and brother Jack Chapman.

A celebration of Lee's life will be held at a later date to be posted on her website leechapmanarchive.com. Donations in her name can be made to the Lawrence Memorial Hospital Health Foundation CARE Fund to support LMH Health employees affected by the COVID-19 crisis, or to LMH's COVID-19 Area of Greatest Need Fund to support hospital needs such as supplies and equipment.
Published by Lawrence Journal-World on Dec. 9, 2020.
To plant trees in memory, please visit the Sympathy Store.
MEMORIAL EVENTS
To offer your sympathy during this difficult time, you can now have memorial trees planted in a National Forest in memory of your loved one.
MAKE A DONATION
MEMORIES & CONDOLENCES
4 Entries
The world is richer for the art and connectivity Lee created. The words and images are there, and they will be there still. Thank you, Lee.
William Keckler
February 3, 2021
A brilliant artist, poet, writer,& beauty with a wry sense of humor- never to be forgotten.....
JOSIE GRANT
Friend
December 10, 2020
A brilliant artist, poet, beauty, a true original-
with a wry sense of humor- never to be forgotten......
JOSIE GRANT
Friend
December 10, 2020
On behalf of the Salina High School Class of 1965, I would offer our sincere sympathy and prayers to her family. Helen Bogart Robb
Helen Bogart Robb
Friend
December 9, 2020
Showing 1 - 4 of 4 results