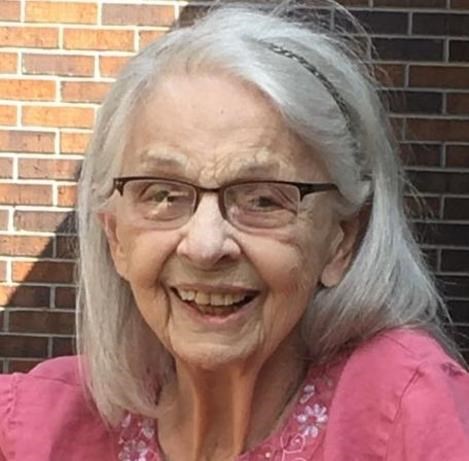 FUNERAL HOME
Lamb-Roberts-Price Funeral Home - Ottawa
325 S Hickory St
Ottawa, KS
Joan (Pattie) Carey Ransom passed away on Dec. 31, 2020. A visitation will be held at the Lamb-Roberts-Price Funeral Home in Ottawa, KS from 6 to 8 p.m. Monday, January 4, 2021. Graveside service will be held 2 p.m. Tuesday, January 5, 2021 at the Highland Cemetery, Ottawa. The service will be live streamed on the funeral home Facebook page for friends wanting to view the services virtually. To protect the ones we love, the family requests all attendees wear masks and practice social distancing.

Joan was born in Williamsburg, KS, February 25, 1927, to Grace (Harlan) and Luke Pattie. She was the middle child of five children. She attended the University of Kansas where she met her future husband, Charles Carey, Jr. They married on April 12, 1947, in Ottawa, KS. They had four children and had 39 fun-loving years together. Charles passed away in 1986.

Seven years later, Joan met her second husband, Jack Ransom. "I didn't know that I could fall in love again at my age," she said. They married in Topeka on May 15, 1993 and had twelve happy years together. Jack passed away in 2004.

In 2005, Joan moved to Brandon Woods at Alvamar, Lawrence, KS where she resided until her passing. Joan will be remembered for her quick wit, her upbeat personality, her love of the KU Jayhawks, her family parties, and playing Christmas carols as her siblings gathered around the piano to sing along.

She is survived by her sons, Frank (Jayni) Carey, and Jay (Carole) Carey, four grandchildren, and nine great grandchildren and many nieces and nephews.