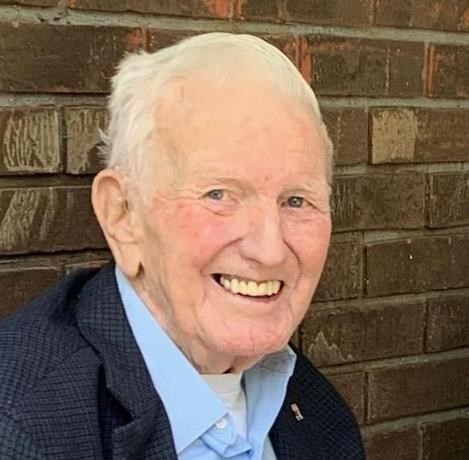 Jerry Arvin Willis "J.A.", son of James Ethridge "pop" and Alice Faye Willis, passed away at his home, on July 21st, 2021, at the age of 83. Jerry graduated from Wellington High School in 1956 and married his junior-high sweetheart Charlotte (Patterson) Willis in 1957. Jerry and Charlotte spent their early married life moving all over Kansas because of Jerry's job with Southwestern Bell, including a year when they moved 17 times. All the moving began their lifelong habit of "doing everything together" that they later commended as the secret to a marriage of 61 years.

In 1969, Jerry moved with his family, which now included his nine-year-old son Jerry W. Willis "J.W.", to Lawrence to set up permanent residence. During this time, he continued to excel in leadership roles receiving numerous awards and recognition for his work with Southwestern Bell. He would stay with the company for nearly 37 years. In addition to his work, Jerry was also a member of the Shriner's and was passionate about the organizations mission to help children.

After Jerry and Charlotte retired in 1991, they moved to Grand Lake in Oklahoma to a home Jerry, Charlotte and JW built (they experienced the true meaning of the song "You're the reason God made Oklahoma" they thought the song was written for them). Jerry spent his time playing golf, fishing, and fixing anything and everything from cars to equipment. He also hosted his family and many friends for summer holidays at the lake, especially the 4th of July. During the winter when the weather was cold, Jerry and Charlotte explored Arizona and New Mexico in their motorhome, often bringing their grandchildren along. Jerry enjoyed being a father to his only son JW and a grandfather to his grandchildren and great grandchildren. He also loved his adopted sons (JW's friends) Mike, Greg, Rick, Mark, and Chris. Jerry will always be remembered for his words of wisdom like: "are you going to be a leader or a follower?" and "Only two types of people predict the weather in Kansas fools and strangers" and "the impossible just takes a little longer".

He was preceded in death by his wife Charlotte, his parents, his sister Shirley and youngest brother Jimmie. He is survived by his son Jerry W. Willis (Kathy), his oldest brother Berle, and three grandchildren Elly Claussen (Cale), Emily Willis-Stewart (John), and Daniel Clausing (Lauren), as well as his three great-grandchildren Elaine, Jaye and Henry. The family would like to specially thank Tom Marcelino, M.D., as well as Lisa Chamberlin, and her staff of Keep Living at Home.

A Celebration of Jerry's life will be held later. Memorial donations in his honor can be made to the Shriner's St. Louis Hospital, Abdallah Shriner's, 5300 Metcalf Ave, Overland Park, Kansas 66202 and please include Jerry's name in the memo of your gift.
Published by Lawrence Journal-World on Aug. 1, 2021.
To plant trees in memory, please visit the Sympathy Store.
MEMORIAL EVENTS
To offer your sympathy during this difficult time, you can now have memorial trees planted in a National Forest in memory of your loved one.
MAKE A DONATION
MEMORIES & CONDOLENCES
4 Entries
We were so sorry to read about your father's passing. We are thinking of you during this very sad time and send our most sincere sympathies to you.
Rodger and Sheryl Henry
August 2, 2021
What a nice man! He always said after Charlotte passed, he really missed his wife, every time we saw him & always asked how we were doing. Now he is with her & smiling. He will be missed. Our Condolences to the family. His Friends, Bill Boyd and Charlie Nunez
BILL BOYD
Work
August 2, 2021
Our family's sadness and sympathy are sent to Jerry Willis's family. Mr. Willis hired me in 1978 and I was privileged to be his Secretary until he was promoted to his next position. He was a kind and caring person who always had a smile on his face and he loved to laugh. He loved his wife, his son, his grandchildren, and his job and talked favorably about each one. Working for him and with him at Southwestern Bell in Lawrence was a pleasure. I'll miss him.
Shirley Cormack
Friend
August 1, 2021
My deepest sympathy to the entire family! Jerry was a career long mentor to me in so many ways. At times when I needed a little "guidance" and other times my biggest cheerleader - he was always there ! I will miss him ! RIP my Friend.
Bob Tregemba
Friend
August 1, 2021
Showing 1 - 4 of 4 results