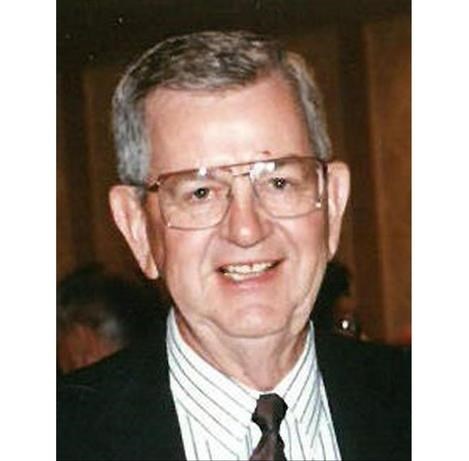 Harold was born May 31, 1925 in Osage City, Kansas, the youngest of three sons of Belle and Lloyd Jones. Harold attended Osage City schools and graduated from Osage City High School, where he was the center on the basketball team, in 1943.

Like many in his generation, World War II greatly influenced the person Harold became. Inducted into the U.S. Army in August 1943, three months after graduating from high school, Harold deployed to Europe with the 102nd Infantry Division in September 1944 and entered combat in October 1944. As a member of Company L, 405th Infantry Regiment, Harold fought in a series of actions in Holland and Germany, including an intense two-day battle for Boslar, Germany, for which the regiment received a presidential citation. Immediately following that battle, on February 25, 1944, Harold was badly wounded and spent the next two months in a hospital in France, rejoining his unit on the front at the Elbe River in Germany near the end of the war.

Although Harold considered himself neither courageous nor heroic, he was awarded a Bronze Star for bravery in combat in addition to the Purple Heart and other honors. Soon after entering combat, the then 19-year old Harold was promoted to staff sergeant commanding a squad of men all considerably older than he. One of Harold's fondest memories was of being selected for the 102nd Infantry Division Chorus, which performed concerts in Germany, France and Austria in the year following the end of the war.

Upon discharge from the army in March 1946, Harold enrolled at the University of Kansas and graduated in 1949 with the highest scholastic standing in the School of Business. Harold married Margaret Meyer, also of Osage City, in September 1949. He died on what would have been their 72nd wedding anniversary.

Soon after starting work as an accountant, Harold received a call from the owner of the Osage City newspaper. He had purchased a small, struggling weekly newspaper, the Redfield Press, in Redfield, South Dakota and asked Harold and Margaret to move to South Dakota to run the newspaper. They did, and purchased the Press in 1958 as well as another weekly, the Webster Reporter & Farmer, in 1965. Harold had a long and distinguished journalism career, and it became his passion to produce the highest quality newspaper. The Press regularly won S.D. Press Association awards and was designated a Blue Ribbon newspaper by the National Editorial Foundation. Harold served as the president of the South Dakota chapter of Sigma Delta Chi, the professional journalism fraternity, in 1963, was president of the South Dakota Press Association in 1965, and was elected to the South Dakota Newspaper Hall of Fame in 1991.

Harold led a very active life outside of work in Redfield and enjoyed many close friendships. He was a Sunday school teacher, choir member and lay leader of the United Methodist Church. He was active in a large number of organizations and causes, and at various times Harold was the president of the Redfield School Board, president of the Chamber of Commerce and president of the Kiwanis Club. A talented vocalist, he was a member of a barbershop quartet, the Mason Dixon Four, which won the state American Legion competition several times and placed second nationally twice.

Harold retired in 1980, and he and Margaret returned to Kansas in 1990, settling in Lawrence. Harold enjoyed his retirement to its fullest. The intensity and drive that were his hallmarks while Harold worked were overshadowed by his gregarious personality and sense of humor in retirement. He greatly enjoyed making new friends in Lawrence. Harold was an active member of First United Methodist Church, where he sang in the choir, and the Kiwanis and Forum Clubs. He was particularly proud to have delivered Meals on Wheels weekly for 23 years in Lawrence and to have served as the chairman of the board of the local organization.

Harold and Margaret traveled extensively in retirement, visiting over 30 countries. Harold particularly enjoyed both visiting and hosting members of the Le Roux family, with whom he lived in Holland for several weeks while training replacement troops in January 1945. Most of all, Harold enjoyed following the lives of his six grandchildren and thirteen great-grandchildren, all of whom he adored.