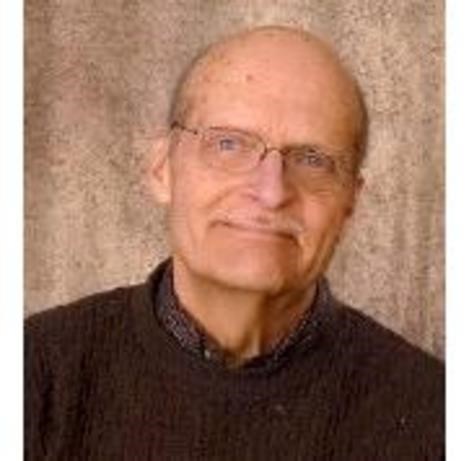 After declining a tuition scholarship to Princeton due to a shortage of money for travel and living costs, Hans enrolled in the Architecture program at the Navy Pier campus of the University of Illinois for his first year and then transferred to the Urbana-Champaign campus, earning a Bachelor's degree in 1956.

Joining the Army ROTC during university, Hans fulfilled his two-year post-graduation commitment by serving in the U.S. Army Corps of Engineers as 2nd and then 1st Lieutenant. While he received Cold War-era training in low-yield nuclear demolitions, he served primarily with the 586th Float Bridge Company, part of the 151st Engineer Group.

Hans married Barbara J. Coffeen in 1953. Moving to Carbondale, Illinois, Barbara and Hans raised four sons-Richard, Kurt, Matthew, and Mark–who have variously inherited their Dad's creativity and business acumen, love of learning, integrity, supreme confidence in one's well-grounded and reason-based point of view, penchant for planning, and dedication to improving the community. Hans and Barbara divorced in 1979. Though Hans's second marriage, to Carla M. Downs, ended in 1983, her daughter, Tina Pennington, stayed in touch for the remainder of Hans's life.

At age 27, Hans co-founded the architectural firm that came to be known as Fischer-Stein Associates, leading the firm for 30 years in a wide variety of projects, including the unique and historic Senator Paul Simon Federal Building (powered by solar energy), completed in 1978.

He served on the Carbondale city council from 1969-1978 and then as mayor from 1979-1983. His many civic activities included flipping breakfast pancakes at the Carbondale Lions Club's annual fundraiser and coaching little league baseball. He earned the Silver Beaver award for his many years of leadership in the Boy Scouts of America Egyptian Council in Southern Illinois. Two of his sons and both grandsons are Eagle Scouts.

Hans married Iris L. Smith in 1988. He "retired" in 1990 and moved with Iris to Lawrence, where she had joined the University of Kansas faculty.

Hans continued his architectural work in Kansas as a consultant. Most significantly, he focused on planning, design, and renovation of community libraries. In 1998, he began to provide services to communities in the Northeast Kansas Library System and for the next 15 years worked on over 50 library projects in towns across Kansas, including Overbrook, Bucklin, Greensburg, Abilene, Linwood, Mound City, and the South Argentine Branch of the Kansas City, KS, library system. He was active in the Kansas Library Association, Friends of Kansas Libraries, and the Kansas Library Trustee Association. In 2006 the American Library Association named him as one of the state's five top library advocates of the 20th century.

Hans's friends appreciated his sharp mind, deep and broad knowledge, sensible judgment, and calm manner. He particularly valued the regular meeting of his poker group/salon of learned men. In recent years he returned to an old love, water color painting, and continued to be an avid reader and master of crossword and Sudoku puzzles until the day he suffered the stroke that led to his death.

A celebration of life will be held at a later date. Donations in Hans's name may be made to the Lawrence Public Library Friends and Foundation (LPLFF) or the LMH Health Foundation, in care of Rumsey-Yost Funeral Home, PO Box 1260, Lawrence KS 66044.

Online condolences may be sent at rumsey-yost.com.

Published by Lawrence Journal-World on Sep. 1, 2020.
To plant trees in memory, please visit the Sympathy Store.
MEMORIAL EVENTS
To offer your sympathy during this difficult time, you can now have memorial trees planted in a National Forest in memory of your loved one.
Funeral services provided by:
Rumsey-Yost Funeral Home & Crematory
MAKE A DONATION
MEMORIES & CONDOLENCES
0 Entries
Be the first to post a memory or condolences.