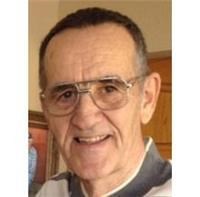 He was born Aug. 14, 1938, in Worden, the son of Donald C. and Evelyn R. Nuffer Breithaupt. He graduated from Lawrence High School. Glenn was a crane operator and mechanic at Farmland Industries for 42 years. He also worked with his father in a cattle operation, and loved helping Don and Jeri on the farm, enjoyed the outdoors, working in the yard, spending time with family, and Sunday lunches. Glenn was a loving caregiver to his wife for more than 20 years, and was a lifelong member of the church.

The family will receive friends from 6 to 8 pm Monday at the church. In lieu of flowers, contributions are suggested to the church, in care of Rumsey-­Yost Funeral Home, 601 Indiana St., Lawrence, KS, 66044. Online condolences may be sent at rumsey-­yost.com
Published by Lawrence Journal-World on Apr. 30, 2017.
To plant trees in memory, please visit the Sympathy Store.
MEMORIAL EVENTS
To offer your sympathy during this difficult time, you can now have memorial trees planted in a National Forest in memory of your loved one.
Funeral services provided by:
Rumsey-Yost Funeral Home & Crematory
MAKE A DONATION
MEMORIES & CONDOLENCES
10 Entries
Prayers for your family and know the loving memories will bring you comfort. His caring spirit lives on in all of you. Megan Hughes Richardson and family.
Megan Richardson
May 7, 2017
So very sorry to hear of Glenn's passing. We are praying for your comfort and peace, confident that Glenn is with His Heavenly Father.
Family of Bob and Wanda Mull
May 2, 2017
Glenn was a great man, very family oriented, even when he was ill, his main concern was that of his family. I will never forget his smile and laugh. Thank you for letting me get to know him and the family! Thoughts and prayers are with you all.
Kathy Eisman
May 1, 2017
Glenn was a quite but strong presence. He will be greatly missed by all who knew him. Breithaupt family you are in our thoughts and prayers.
Wendi Georgie and family
May 1, 2017
We are so sorry to hear of Glenn's passing. Your family has our prayers for comfort and peace.
Bob & Shirley Brandt and Doris Sullivant
April 30, 2017
Our thoughts and prayers are with all of you at this time. Glenn was such an amazing man and was so sweet to our family. We will always remember him fondly.
Dave, Beth, Weston, and Riley Dye
Beth Dye
April 30, 2017
What a beautiful and gentle soul. I am richer for having known Glenn. My thoughts and prayers to my Breithaupt friends. Dennis Thome
April 30, 2017
Glen was a friend of mine.I worked with him for many years at CO-OP.
Ron Farris
April 29, 2017
I am shocked and saddened at the news of Glenn's passing.
Too many years passing too fast! My condolences to the whole Breithaupt family. My heart is breaking for you.
Peggy Brink
April 29, 2017
Kenny and family:

We are deeply saddened to hear about the passing of Glenn. You are in our thoughts and prayers. May God bless you and your family during this difficult time and always.