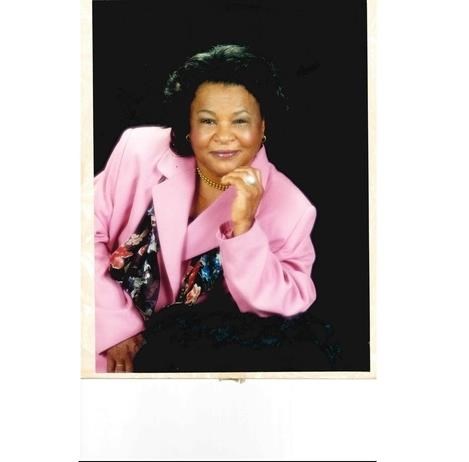 Eva was married to Clarence R. McFarland, of Mineola, TX on May 28,1951. They met at Prairie View A&M college in College Station, TX; where they both received undergraduate degrees. She lived in many states as her husband was pursuing higher education and more lucrative employment. They lived in Texas, Kansas, Iowa, Connecticut, finally settling in Chicago, Illinois. They divorced in 1967.

To this union three sons were born. Ronald K. McFarland (who preceded his mother in death 1992), Kenneth R. McFarland and David D. McFarland, both of Lawrence, KS.

Ms McFarland welcomed, to the union of her father, William James Woods and

Education was very important to her. She furthered her education receiving two advanced masters degrees from' the University of Illinois at Champagne-Urbana, IL.

She was a hard working single mother. She taught for many years in the Chicago Public School system teaching Physical Education, Health and Drivers Education. She was affectionately known, by her students, as Ms Mac. She was well loved and respected by her students and coworkers. She was especially close to two of her fellow teachers, Joanie Pena and Doris Hilliard.

She retired to Lawrence Kansas in 1994, after the untimely death of her eldest son, Ronnie. She bought a house directly across the street from her eldest sister, Willie. They were inseparable. They lived together until Willie's death in 2006. They loved playing bingo, going to the casinos and "junking" as they called it,

She is survived by her two sons, Kenny and David, one brother, James (June), two grandchildren, 4 great-grandchildren, six nieces, 4 nephews, many great nieces and nephews, and a host of family and friends.

She was affectionately known to everyone in Kansas as Tottie. She will be greatly missed by all.

A memorial service will be held at noon on Friday, October 15 at Victory Bible Church in Lawrence.