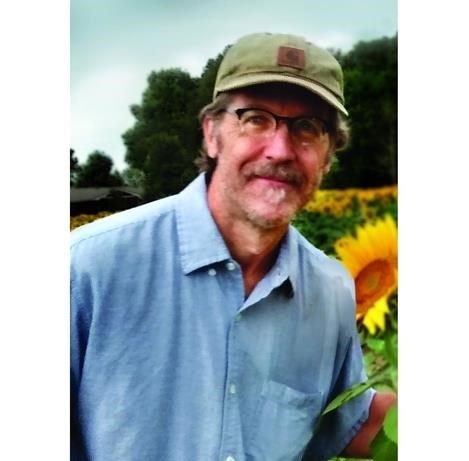 Doug grew up in Birmingham, Alabama, and graduated in 1977 from Mountain Brook High School. He moved to Lawrence to work for Reuter Organ, designing, installing and tuning pipe organs, including the current instrument at Shades Valley Lutheran which he attended as a youth. Afterward, he worked in many positions where his design and craftmanship abilities always stood out. His last job was luthier for Beautiful Music Violin Shop in Lawrence.

A creative genius with insatiable curiosity, Doug became an expert at nearly everything he put his mind to, from aerospace engineering to sustainable living to music. Family and friends remember Doug as a true Renaissance man-an amazing musician, artist, builder, creator, enthusiastic adventurer, collaborator and community organizer. For years, he was a reliable fixture behind a soundboard at any music festival or venue. One friend described him as having a brain "as big as a watermelon."

A self-taught musician and composer, Doug played seven instruments. His mother quipped, "And he was the only one of our four children who never had a music lesson!" He formed several popular bands, including the Alferd Packer Memorial String Band and The Euphoria Stringband. He also made many instruments, including mandolins, autoharps, fiddles and his latest design-a washtub bass. As a teenager, he created a metal frame he heated over his mom's kitchen stove to shape the wood for his first mandolin. Another of his early inventions was a fiddle made from an antique cigar box. In 1983, he took third place for autoharp performance at the annual Walnut Valley Festival and National Flat-picking Championships in Winfield, Kansas.

Doug valued community tremendously and could often be found jamming with neighbors and friends. He hosted community-wide musical events, barn dances and regular gatherings with environmental and sustainability experts at his Lawrence farm, Brushy Run. In the early years of internet popularity-long before social media was common-he created a virtual community called "Larryville" as a gathering place and forum for exchanging ideas.

Doug designed and built a solar-powered barn north of Lawrence, which also served as his home. Living almost entirely off the grid, he was an organic farmer and an active member of the Sarcoxie Township Fire Department of Jefferson County. A perpetual inventor, his rainwater collection method attracted the attention of the engineering faculty at Kansas State University. Doug's skills were called on several times by filmmaker Kevin Willmott, who asked him to create a realistic replica of an early 1900s dental drill powered by a foot pedal for "The Only Good Indian." Starting with just an old trailer chassis, he recently built a solar-powered mini camper affectionately named "Gator" and was looking forward to traveling again to music festivals and other destinations.

Doug had a lifelong fascination with airplanes. His song, "Jenny," celebrates his favorite biplane of the barnstorming era. After earning his pilot's license, he constructed and flew an ultralight plane based on a 1929 Pietenpol design. Made from plans from a magazine, the plane had a wooden frame and was powered by a Kawasaki snowmobile engine. His late friend and artist, Jim Brothers, said of Doug's craftsmanship: "A cabinet maker would drool at how well the woodwork fits together." Doug was also a hang glider pilot for many years.

A celebration of life is being planned for early summer at his farm. The family suggests memorial gifts to the Kansas Permaculture Institute, the Community Mercantile Education Foundation or a charity of your choice.

Cremation care by Burnett Family Funeral Home. See full obituary and condolences at [email protected]
Published by Lawrence Journal-World on Mar. 16, 2021.
To plant trees in memory, please visit the Sympathy Store.
MEMORIAL EVENTS
To offer your sympathy during this difficult time, you can now have memorial trees planted in a National Forest in memory of your loved one.
MAKE A DONATION
Please consider a donation as requested by the family.
MEMORIES & CONDOLENCES
5 Entries
Don and I are very sorry to get the news about Doug. We met him many years ago when he first arrived in Lawrence. I remember seeing and hearing him play an autoharp he made. We last saw Doug a couple of years ago at the Beautiful Music instrument repair shop. Among his many great talents was his ability to enhance the sound of acoustic instrumentalists and singers through sound systems. You knew you were in good hands when Doug ran the sound! We will miss him.
Mim Carlson
April 5, 2021
Doug was the kindest man ,I loved his warm smile and giving spirit. I had the pleasure of working with Doug at Beautiful Music Violin shop, he will be missed and thought of always. My deepest sympathy for his Family and friends.
rosemarie hanson
Friend
March 16, 2021
Most people would be fortunate to have just a few of the skills and talents Doug had. I am so saddened by this terrible loss... Way too early. My love and prayers to his family and friends❤
Ruth Gordon
March 16, 2021
A great loss to family, friends and city of Lawrence!
Marvin and Kathy Pine
Friend
March 16, 2021
Doug was married to my sister, Bayliss Harsh for 30 years. She grieves his passing, as we all do.
George Harsh
Family
March 16, 2021
Showing 1 - 5 of 5 results