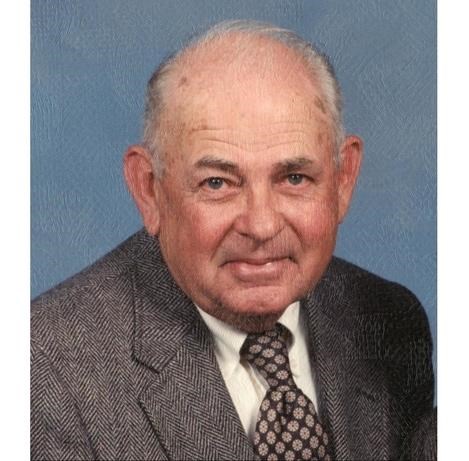 Don was born April 2, 1928, at Williamstown, the son of Elmer Wilbur and Luella Bracken Cottrell. A longtime resident of the Perry area, he attended grade school at Oak Grove, a small one-room country school, and graduated from Perry Rural High School in 1946.

The day after graduating from high school, he joined the U.S. Army and served in the Occupation of Japan from 1946 to 1948.

Don was a pipefitter and welder and life member of Local 763 and 441 for 65 years. He received his 65-year service award in the spring of 2019. He worked at the new U.S. Steel plant out of Local 597 in Chicago in the 1950s, and the missile bases in Kansas during the 1960s. Don also worked the critical path steam welds at Lawrence Energy Center during the 1970s and finished his career welding main steam at Jeffrey Energy Center units 1 and 2.

Don was a respected craftsman and loved his brothers and sisters of the United Association.

He was also a member of the Perry United Methodist Church and the American Legion Post No. 142 in Perry.

Don married the love of his life, Nova Lee Viles, on Dec. 24, 1949, in Topeka. They would have celebrated their 70th wedding anniversary this Christmas Eve.

After retirement they took on the project of saving the historical Charles Curtis House at 11th Street and Topeka Boulevard in Topeka in 1993. Curtis was the first Native American to ever reach the high office of vice president of the United States. Now known as the Charles Curtis House Museum, it is one of the historical attractions of Topeka. At the age of 80, Don replaced all of the plumbing in the house.

The Topeka Cemetery has offered honorary grave space for the Cottrell's near the grave of Vice President Curtis where the family plans to place a memorial stone.

A private family service with Legion Military honors will be held at a later date.

Memorials may be made to Jefferson County Friends of Hospice or the American Legion Post No. 142 in Perry and sent in care of Rumsey-Yost Funeral Home, 601 Indiana Street, Lawrence, 66044. Online condolences may be sent at rumsey-yost.com

Published by Lawrence Journal-World on Dec. 10, 2019.
To plant trees in memory, please visit the Sympathy Store.
MEMORIAL EVENTS
To offer your sympathy during this difficult time, you can now have memorial trees planted in a National Forest in memory of your loved one.
Funeral services provided by:
Rumsey-Yost Funeral Home & Crematory
MAKE A DONATION
MEMORIES & CONDOLENCES
7 Entries
I am sorry for the loss of your loved one, Donald. May the God of peace and comfort strengthen the family during this most difficult time.
December 18, 2019
Nova, we're thinking of you at this time, as well as the extraordinary work that you and Don have contributed in restoration of the Charles Curtis House. Many future generations will continue to come to know this special place and your visionary work for it.
Friends of the Free State Capitol
December 11, 2019
My prayers are with you and your family.
Michelle Roberts
December 10, 2019
Dear Nova and family;
I am so sorry and sad for your loss. May God bless you and your family in this sorrowful time. I respected and loved Don and will miss his humor and his love for his family and friends. My prayers are with you and your family. Hope to see you soon
Michelle Roberts
December 10, 2019
Nova, I am so sorry for your having lost Don. You have been friends for so long and have done so many things together.
I know you will miss him terribly.
Vi Gottstein
December 10, 2019
Nova, I am so sorry to learn of Don's passing. My deepest sympathy is with you and your family. You and Don were such good friends when I moved back to Perry all those years ago. You are in my prayers.
Gloria Schwarz
December 10, 2019
Nova, so sorry for the loss of your husband. Prayers for you.