Mass of Christian Burial for David Gerard Butell, 44, Lawrence will be held 11:00 a.m. Wednesday, September 19, 2012 at St. Johns the Evangelist Catholic Church. Burial will follow in Mt. Calvary Cemetery. He died September 14, 2012 at his home in Lawrence.

He was born September 13, 1968 in Kansas City, KS the son of James and Barbara (Lesch) Butell.

He graduated in 1987 from Lawrence High School and worked with his father on the family farm.

He married Lorrie Jean Higgins on September 12, 1997 in Lawrence, Kansas. She survives of the home.

Other survivors include sons, Austin James and Aaron Joseph of the home; his parents, James and Barbara Butell of Lawrence; two brothers, Greg Butell of Kansas City, MO; Mike Butell of Nashville, TN. He was preceded in death by his brother, Christopher Butell in 1962.

The family suggests memorials in his name to Visiting Nurses Hospice Care and may be sent in care of the mortuary.

Published by Lawrence Journal-World on Sep. 16, 2012.
To plant trees in memory, please visit the Sympathy Store.
MEMORIAL EVENTS
To offer your sympathy during this difficult time, you can now have memorial trees planted in a National Forest in memory of your loved one.
MAKE A DONATION
MEMORIES & CONDOLENCES
24 Entries
With deepest sympathy to the family during your time grief. Psalms 46:1 says God is for us a refuge and strength and a help readily to be found during difficult times. May God provide you with peace and comfort to endure the days ahead.
September 23, 2012
Sorry for your loss.Our thoughts and prayers go out to your family.
Steve Montgomery
September 21, 2012 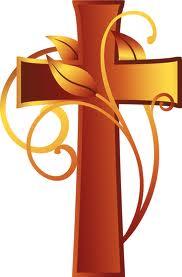 Dear Butell family. I did not know David, but I went to grade school with his brother.

My heart is saddened for David's children. Keep David's memory alive by talking about him and sharing fond memories.

My youngest brother, Joe, was very close to David in their childhood. I am hoping Joe made it to David's funeral mass. I had to work, otherwise I would have been at the rosary and mass. I will keep all of you in my thoughts and prayers and hope in time you will find peace.

Time does heal, but it doesn't ease the pain you are feeling now. We unexpectedly lost a 39-year-old brother in 2001. It still hurts and we miss him dearly, but we know he's watching over us.

God bless you and keep you and may his light shine upon you.
~Le-Thu Erazmus
September 20, 2012
I am so very sorry for your loss. What a shock to us all. David had a heart of gold and a drive of no other. Hold his memories dear and know he was thought of often. He will be sadly missed.
Trina Langston
September 20, 2012
We were so sorry to hear about the loss of David, we just heard today. Our thoughts and prayers are with the all the family. God Bless
Steve and Colleen Butell
September 19, 2012
My Thoughts and Prayers are with you and so sorry for your Loss!
Mark Nicolay
Mark Nicolay
September 18, 2012
My Thoughts and Prayers are with you all !
Mark Nicolay
September 18, 2012
Greg - so very sorry to hear of the loss of your brother.
Torrence Anderson
September 18, 2012
Lorrie and Family. Please know that your family is in our hearts and prayers at this time of sadness. I'm sadden that the world has lost a beautiful soul but know that his smile will shine on in your hearts. He was loved and will be missed by all of his friends. May you feel the warmth and the love to help you through this difficult time.
Brenda Trisler-Shirar
September 18, 2012
Butell family, We are so saddened to hear of David's passing. We will be praying for you and your family.