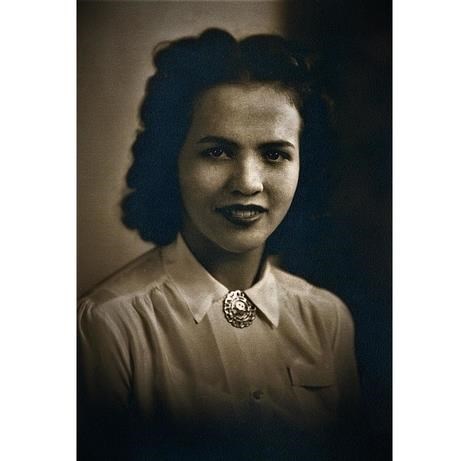 She was born November 25, 1924, in Lawrence, the daughter of Roy L and Faye Petefish Goff.

A lifetime resident, Bernice was very active in school activities as well as 4-H competitions. She graduated from Liberty Memorial High School where she had met her future husband Bernard Kennedy Sr. They were married July 5, 1942, before he left to serve in World War II. Upon his return they spent many happy years together.

Always a hard worker and exceptional cook, her most valued treasure was her family. She will be missed by all who knew and loved her.

In 2006 Bernice's husband preceded her in death followed by her son Rory Kennedy Sr.

Memorial contributions may be made to the charity of your choice, sent in care of Rumsey-Yost Funeral Home, 601 Indiana Street, Lawrence, KS 66044.

Private family services will take place at a later date.

Published by Lawrence Journal-World from Jan. 16 to Jan. 21, 2018.
To plant trees in memory, please visit the Sympathy Store.
MEMORIAL EVENTS
To offer your sympathy during this difficult time, you can now have memorial trees planted in a National Forest in memory of your loved one.
Funeral services provided by:
Rumsey-Yost Funeral Home & Crematory
MAKE A DONATION
Please consider a donation as requested by the family.
MEMORIES & CONDOLENCES
8 Entries
The few times I got to work with Bernice through VNA she was such a sweetie!! Godspeed sweet lady!
January 27, 2018
Bernie,
Sorry to hear of the loss of your Mother.
Condolences to you and your family.
Charles Joice
January 22, 2018
Carolyn and Bernard: I am so sorry to hear of your mother's passing. I always loved your mom and dad so much. Carolyn, Remembering all the good and fun times we had with your Dad when he worked for the post office and we were in high school!!! Your mom sure put up with several orny antics, that is for sure!!! Our thoughts and prayers are with you during this difficult time!
Linda (Jones) Ratliff
January 19, 2018
Please accept my deepest condolences. May the family find strength during this time.
PB.
January 18, 2018
Bernie,
I was sorry to learn of your Mother's passing. Marie and I extend our condolences to you and your family.
Bob
Bob Asher
January 16, 2018
Bernie, Sorry to hear about your mother. She should be proud that she raised such a good family. Be strong and remember the good times you had with her.
Gene Shaughnessy
January 16, 2018
Hey Bernie!
Sorry to hear about your Mom - looks like she had a pretty good run though.
Still a profound loss - my thoughts are with you & your family.
Jerry Sego
January 16, 2018
I am so sorry for your loss. I know she has been a big part of your life and the hole left can feel bottomless. You are in my thoughts and prayers.
Love, connie
Connie Snow
January 16, 2018
Showing 1 - 8 of 8 results