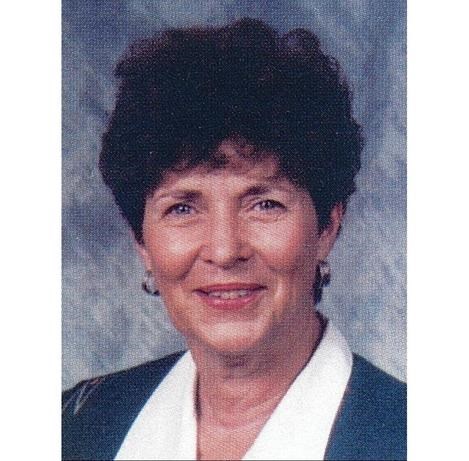 She was born February 3, 1938 at St. Luke's Hospital in Kansas City, MO. Her parents were Paul E. Hodgson and Carrie Elizabeth Cassidy Hodgson.

Barbara's family moved to Lawrence, KS in 1943. She attended Pinckney, McAlister, West Jr. High, and Lawrence High School. Barbara grad- uated from the University of Kansas in 1960 where she was a member of Pi Beta Phi sorority. Barbara worked at the Jay Shoppe in downtown Lawrence.

In 1960, she married Don Pfutzenreuter and they lived in Lawrence where she taught at New York School. Barbara and Don lived in Colorado from 1963-1971 and then moved back to Lawrence where she taught at Sunset Hill Elementary School from 1971-73. In 1973 Barbara and Don moved to Roswell, New Mexico where she sold real estate, started selling jewelry, and raising horses. Don and Barbara divorced. Barbara married James Martin but later divorced. She moved to Boulder, Colorado in 1984. In 1988 she moved back to Lawrence to help care for her parents. Barbara started selling real estate in 1991 with McGrew Real Estate. She was a million dollar salesperson and Realtor of the year in 1996. She retired in 2016.

Barbara was preceded in death by her parents, brother and sister-in-law, Larry and Cindy Hodgson.

Survivors include niece Stacy Woodward Natalie and her children, Haylee, Hannah, and Tyler Woodward. She is also survived by her many good friends, especially John McGrew and family, the Kay and Monte Johnson family, her Lawrence High and Pi Phi friends, Cathy Tarr, and the McGrew Real Estate Family. Barbara's "extended family" incl- uded the many friends she made over the years while she was selling real estate and being involved in the Lawrence community. Even though she never had children of her own, Barbara was often seen at numerous youth sporting events, choir concerts, and dance recitals cheering on the children of friends as if they were her own. She will be remembered for her sense of adventure, love of the outdoors, and soft spoken story-telling. Barbara said "I had a Great life…Love to all of you for all you were to and for me!!!" A special thank you to Barbara's caregivers at Brandon Woods and especially Bridge Haven, for their compassion and care.

Per Barbara's wishes, she will be cremated. A celebration will be announced at a later date. In lieu of flowers, donations may be made in Barbara's honor to New York Elementary School, Lawrence, KS, the Lawrence Schools Found- ation, or the Pi Beta Phi Foundation/ Kansas Alpha Chapter, sent in care of Rumsey-Yost Funeral Home, 601 Indiana Street, Lawrence, KS 66044.

Published by Lawrence Journal-World from Mar. 11 to Mar. 13, 2019.
To plant trees in memory, please visit the Sympathy Store.
MEMORIAL EVENTS
To offer your sympathy during this difficult time, you can now have memorial trees planted in a National Forest in memory of your loved one.
Funeral services provided by:
Rumsey-Yost Funeral Home & Crematory
MAKE A DONATION
MEMORIES & CONDOLENCES
6 Entries
May you be comforted by your treasured memories of Barbara, and by the comfort that God gives during this difficult time. (Psalms 94:19) Please accept my sincere condolences for your loss.

Emilie Howard
March 16, 2019
Barbara was a wonderful lady and will be very missed.
Ranelle Fischer
March 14, 2019
I am an educator at New York School where Barbara taught many years ago. Barbara always loved New York and she even had a yearly award in her name that she gave to one lucky teacher. I was the very first recipient of her award and I was truly touched by Barbara's generosity and her spirit. We were able to have lunch one day when she shared with me how great her life had been and how much she loved teaching. I was able to get to know Barbara as a soft spoken, gentle friend. I will miss seeing her shining face at the award ceremony each year but will forever treasure the award and our friendship.
Kimberly Gamble
March 13, 2019
Barbara's warm personality and happy smile was always a welcome. Her knowledge of American Indian jewelry and jewelers was a help to Don and I when we were getting ready to open our business, Southwest and More. She guided us in the right directions, helped with identifying stones, and craftsmanship. She was always willing to help and assist in anyway she could. She was truly an amazing woman and someone to be thankful to have known and call friend. May your new journey bring you happiness and know that you are in our hearts.
Maria and Don Martin
March 13, 2019
Barbara was a vibrant personality who never had a bad word for anybody. She will be sorely missed by all who knew her.
Kendall Wolf
March 11, 2019
Barb always tried to be all good things to all people. RIP Barb -prayers to your loved ones. Claudia and Dale Flory
dale flory
March 11, 2019
Showing 1 - 6 of 6 results