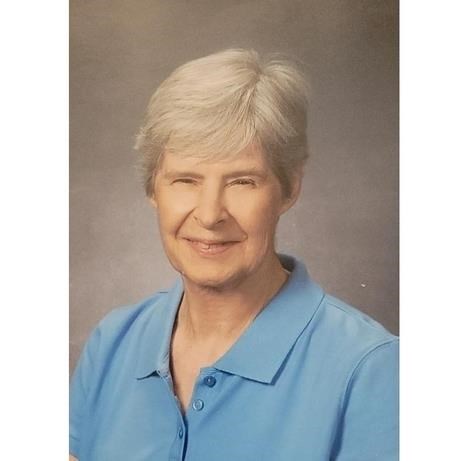 The family moved to Independence, MO. Ann graduated from Northeast High School in Kansas City, MO. Ann attended Baker University and joined Alpha Chi Omega. She married her high school sweetheart, Ernest P. Haley on June 6, 1953. In the Air force, Ernie was stationed in Illinois. Ann completed her degree at the University of Illinois in 1955. They moved to Lawrence, KS. While Ernie attended KU on the GI Bill, Ann taught elementary school in Tonganoxie and then Lawrence.

Though she was diagnosed with Lupus in 1962, she was an active supporter of her children participating in PTO, Aquahawks, and Scouts. Later as a homemaker who was motivated to encourage children to succeed, she earned her M.S. in Education at KU in 1982. In her thesis, she took children with reading problems, taught them to swim and at the conclusion of her swimming program their reading skills improved.

Ann was happily married for 47 years before Ernie's death in 2001. Ann was a generous, fun-loving, positive person and a friend to all. A woman of great faith and optimism, her unconditional love for her family and her universal kindness were her trademarks.

Memorial contributions may be made to St. Margaret's Episcopal church or Omicron Alumnae Association of Alpha Chi Omega and may be sent in care of Warren-McElwain Mortuary, 120 W. 13th Street, Lawrence, KS 66044.

Published by Lawrence Journal-World on Oct. 8, 2021.
To plant trees in memory, please visit the Sympathy Store.
MEMORIAL EVENTS
Oct
12
Visitation
6:00p.m. - 8:00p.m.
Warren-McElwain Mortuary Lawrence Chapel
120 West 13th, Lawrence, KS
Oct
13
Funeral service
10:00a.m.
St. Margaret's Episcopal Church
5700 W 6th Street, Lawrence, KS
Funeral services provided by:
Warren-McElwain Mortuary Lawrence Chapel
MAKE A DONATION
MEMORIES & CONDOLENCES
1 Entry
Jan, Shawn, Pete and Chris, So sorry to hear about your mom. She was a lovely lady who always seemed to have a smile on her face. Glad she was able to be at home when she passed as we know how much she loved her home in the country.
Lee and Lori Queen
October 12, 2021
Showing 1 - 1 of 1 results