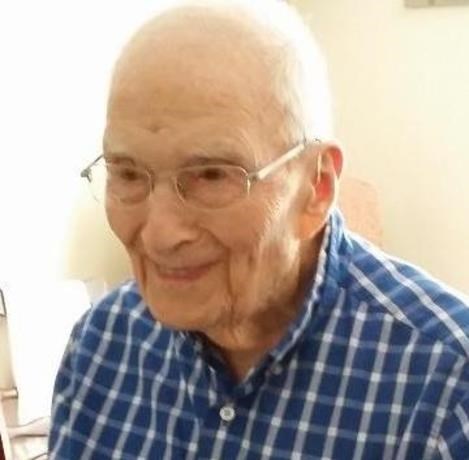 FUNERAL HOME
Warren-McElwain Mortuary Lawrence Chapel
120 West 13th
Lawrence, KS
Alfred Forney Gallup died May 26, 2016, age 100, at his home in the Lawrence Presbyterian Manor. He was born in Marysville, KS to Ralph Forney Gallup and Stella Hawkins Gallup. Al graduated in 1938 from the K.U. School of Business. On Dec 7, 1941, he was drafted and joined the U.S. Army Air Corps. After flight training he served as a "Hump Pilot," flying C-46 aircraft from Burma and India over the Himalayas to China until the end of WWII. He continued his education at Columbia University, earning a Master's in Business. He was an Assistant Professor of Air Force ROTC at K.U. and K.S.U. In 1950, Al began work as a sales agent in Lawrence for the Northwestern Mutual Life Insurance Co, retiring at age 82.

In 1942, Al and his college sweetheart Winifred Hill married at Lackland Air Base, Texas. Together they raised two daughters.

He also is survived by six grandchildren, four great-grandchildren, and many nieces and nephews. His parents, his sister Alice Gallup and his son-in-law Rick preceded him in death.

Al had a lifelong habit of quiet service to his family, his church and his community. He loved singing in the Lawrence Civic Choir and the First Presbyterian Church choir, participating in Kiwanis and Delta Upsilon, golfing, traveling, and gardening. He golfed in the Senior Olympics at age 89. Al belonged to First Presbyterian Church from the 1930s. He joined Kiwanis Club in 1953; he was its Substantial Citizen in 2007. Al helped bring the Presbyterian Manor to Lawrence. He kept in touch with family and friends through email, texting and cellphone. Among his friends are K.U. graduates around the world, whom he and Winnie met through K.U.'s international student hosting program. Al had a great gift for and intense interest in recalling names, languages and life details of his friends and acquaintances.

Al had a saving faith in his Lord, Jesus Christ, which he shared joyfully with his family and friends.

Published by Lawrence Journal-World from May 28 to May 30, 2016.
To plant trees in memory, please visit the Sympathy Store.
MEMORIAL EVENTS
To offer your sympathy during this difficult time, you can now have memorial trees planted in a National Forest in memory of your loved one.
Funeral services provided by:
Warren-McElwain Mortuary Lawrence Chapel
MAKE A DONATION
MEMORIES & CONDOLENCES
15 Entries
Winnie, so many memories of Al and you since I was a kid in the '50s and you were friends of my folks, Henry D. & Mariana Rempleon to the 2000's when I returned to Lawrence more frequently and renewed our friendship. Al and Henry D. shared WWII experiences but didn't go into any details, did they. They made up for their absences at home during the war years by contributing to others the rest of their lives. Deepest condolences for your loss.
Lucy Remple McAllister
June 16, 2016
Al's kind caring gentle spirit was infectious and transcended age, gender and race. He was blessed with an incredible gift...the ability to be completely present with whom ever he came into contact.
My heartfelt sympathy goes out to Winnie, Nancy, Cindy and the Gallup extended family. He will be missed but not forgotten..
Kathleen
June 2, 2016
Winnie, I want you to know that your husband Al was an outstanding gentleman. I always enjoyed being around him at Northwestern Mutual gatherings over the years. God Bless you. Joe Hart--Pittsburg, Kansas
Joe Hart
June 2, 2016
My sincere sympathy to Winnie and family. It would be very hard to find a nicer man than Al, and the best ever neighbor for many, many years. Rest in peace, Al. Heaven just got a wonderful admission.
Wanda Breeden
June 1, 2016 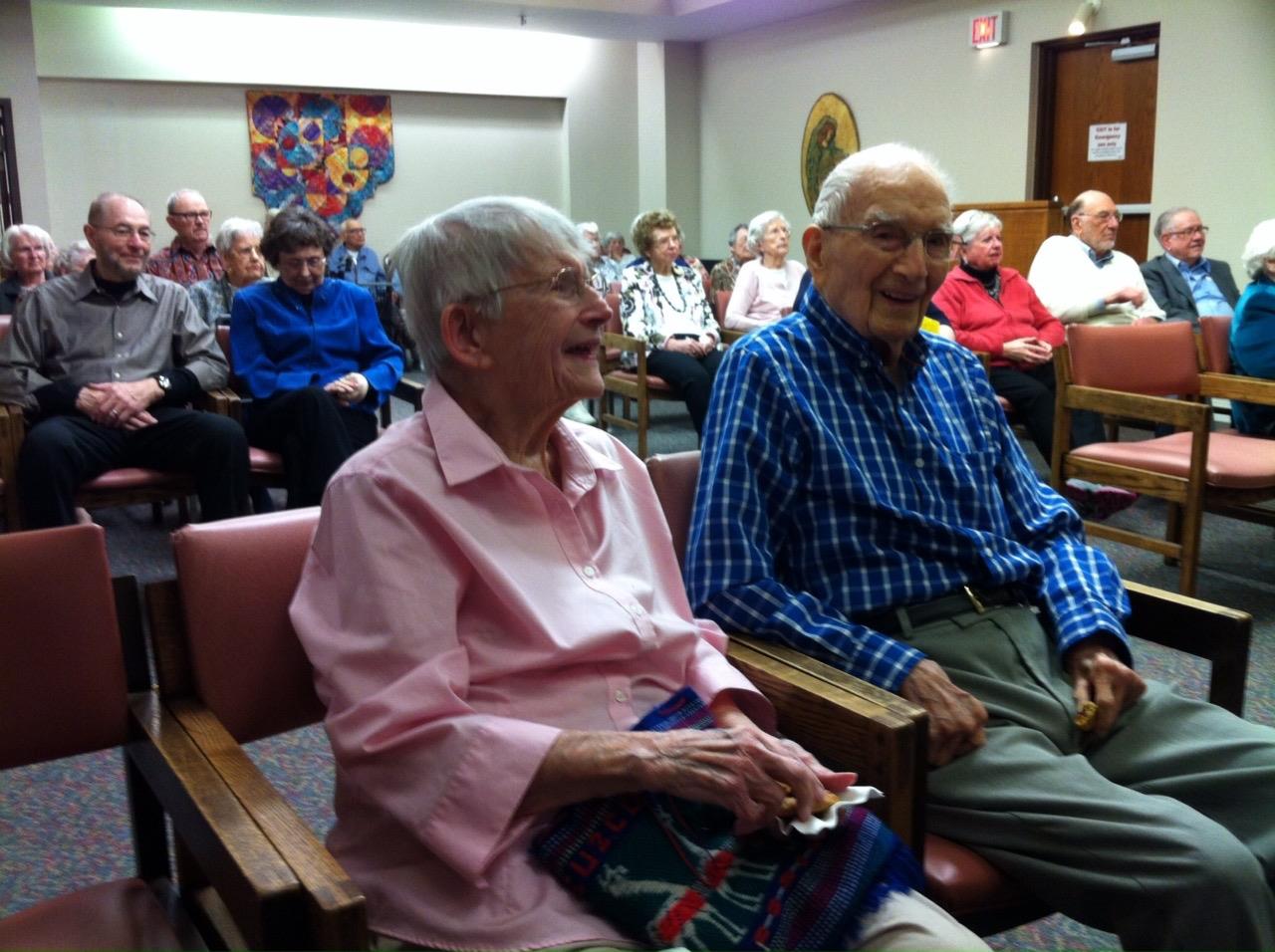 Lynn Basow
June 1, 2016
Well we have lost one of the two 'Freds' and must turn our attention and love toward Winnie and the family at this time. Al was a fantastic person. Astute at understanding and listening and had a great clarity of thought. Truly one of the great and considerate men in the world. His daughters are also fabulous as you might expect of the marriage of Al & Winnie.
Sven Alstrom
June 1, 2016
We have all lost a gentleman and a gentle man. I have always loved and admired, Al. He was a dear, dear man with a ready smile and kind words.
My sympathy goes to you, Winnie, your daughters, and all your family.I pray that wonderful memories will help ease your sorrow. Love, Mary Gordon
Mary Gordon
May 31, 2016
Al Gallup was quite a guy. always had a smile of welcome for anyone. He and Winnie were always young in heart. we will miss our old neighbor, even tho you had moved several years ago from our streets.
joan stevenson
May 31, 2016
My sympathy to Winnie and family.
Ginny Rose Blum
May 31, 2016
What can I say to honor the best work partner I ever had or could want . And we can never forget the singing with Winnie playing and remembering all the verses of so many songs. What happy memories.
Chuck and Marsha McPheeeters
May 30, 2016
I am sending much love to you, Winnie, and to your family. I'm so glad that my look-alike-Othello dog, Gus, got to see Al before his passing. Gus and I will continue to visit you at the Manor and share our wonderful memories of your beloved Al. May he rest in peace.
Nancy Hawkins
May 30, 2016
Al was a wonderful friend. I am so thankful to have known him. Kiwanis has lost a servant-leader.
Rusty Thomas
May 30, 2016
I am so sorry to hear of the passing of Mr. Gallup. My deepest condolences to all the family. May Jesus Christ comfort you.
Helen Pendleton Rumbaut
May 29, 2016
Your family is in our thoughts and prayers!
The Lata family
Jamie Lata
May 28, 2016
Oh Winnie! I'm very, very sorry. Al was a wonderful man.
Don Marquis
May 28, 2016
Showing 1 - 15 of 15 results